Since 1950, the year of its foundation, the Centro Velico Piombinese (CVP) has been involved in transmitting the passion for sailing to young people (but not only).

The CVP offers courses for people of all ages and can host members’ boats in the pine forest of Baratti. 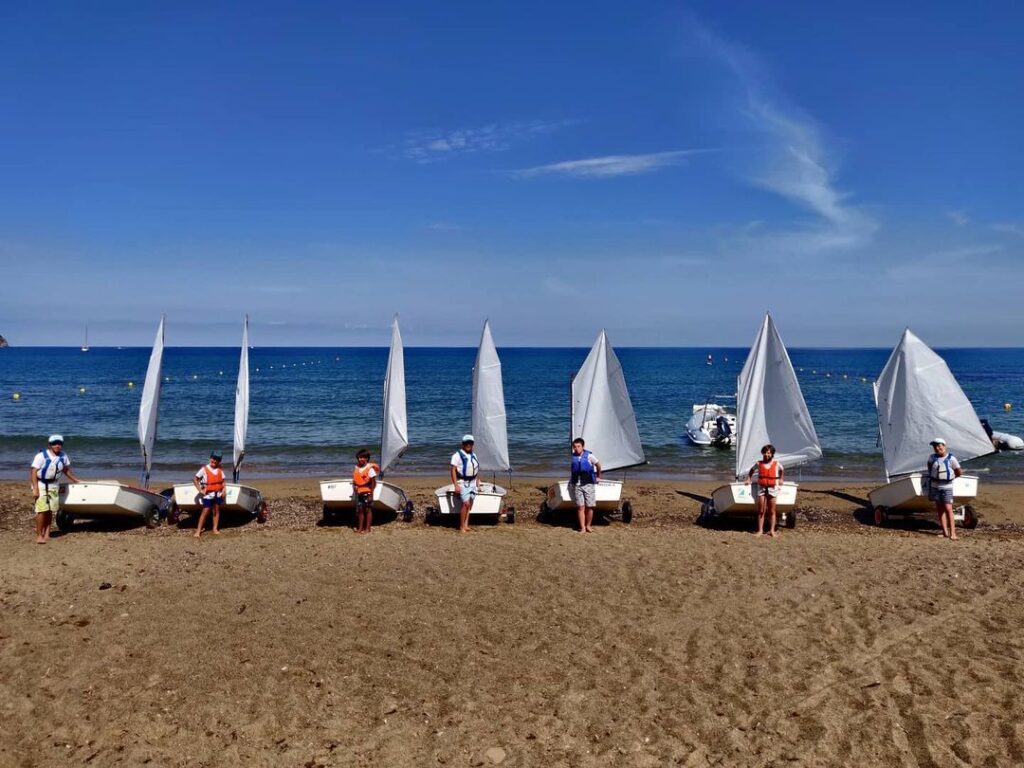 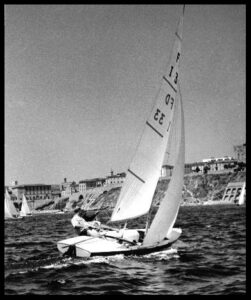 The first documentation proving the sailing activity practiced in the Piombino canal dates back to the end of the 1800s. However, it is at the turn of the First and Second World War that a real passion for sailing exploded in Piombino, even at a competitive level. 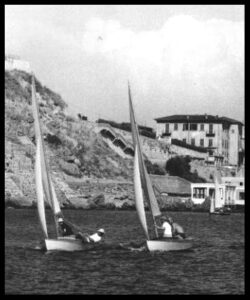 It was people like Leone Paoli, Gino Della Monica, Giovanni Sansoni, Campiani,Pisani, Bussotti, Criscuolo, Greco, Fondacci, Testi and many others who started this sport, and then with Anacleto Sparapani, Enzo and Giovanni Paoli, Targetti,Aironi, Zinali Cecco and Ferruccio, Mespotami, Bucella.In 1950 the Centro Velico Piombinese was born with its first president Dr. Targetti. In 19\57 came the first Italian title in Piombino with Giovanni Paoli and Roberto Poggianti, and yet another title with Alberto Tabani and Innocenti. The CVP managed to organize the Italian championships in Piombino for the Flying Dutchman class where two international champions such as Mario Capio and Luigi Porta, were literally amazed by the unique race field in Italy and the stadium audience that followed the regattas. 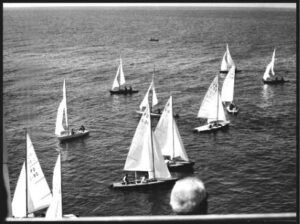 Until the 1970s national races and technical gatherings were the order of the day in the Piombino canal. It was in the years when Luciano Zinali, was noticed by Carlo Croce son of the president of the Italian Sailing Federation at the time and later called to participate in the Olympics, first in Mexico and then in Munich, giving international prestige to the circle. 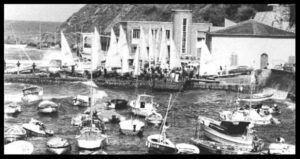 The sailing represented by the colors of the Centro Velico Piombinese continues to this day, with Andrea Zinali, several times Italian champion, who participated in the Atlanta Olympics; with the surfing of Paolo Barozzi and again Fabio Paoli and Marco Poggianti, Sandro and Marco Seravalle, up to the present day, with Matilde Fabbri and Federico Esposito and currently Nicolas Seravalle who is racing with excellent results in the Star class.. 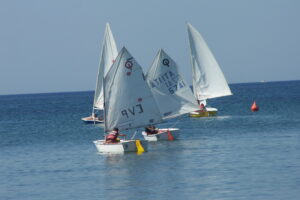 The sailing school of the Centro Velico Piombinese, authorized by the Italian Sailing Federation, is one of the best and busiest in Italy. It offers weekly sailing courses for children from 6 to 18 years old, but also adult courses by reservation. It has been operating for about 35 years in the splendid setting of the Gulf of Baratti and offers the possibility to its members of reserved spaces for the stop of their drifts during the summer season.
We have recently reconstituted the competitive sector, made up of athletes of the Optimist and Laser class, who continue their training even in the winter season, followed by qualified Federal Instructors.