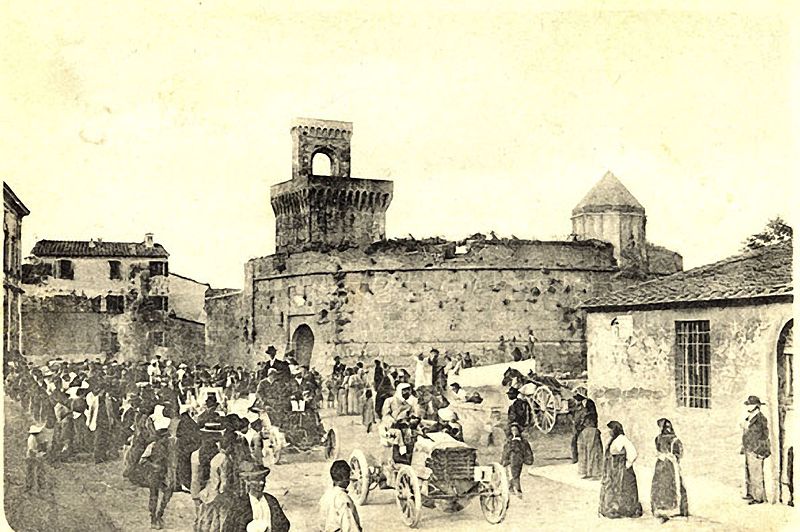 Piombino, located on the southern extremity of the homonymous promontory, is a seaside town with ancient classical and medieval origins, inherited from Populonia, the Etruscan homeland of metallurgy, and from the maritime republic of Pisa. Since the birth of the first settlements, around the year 1000, its peculiar geographical position proved to be fundamental for its very existence and for the events that have characterized its history and development to date. The strategic nature of the territory soon attracted the attention of Pisa: in 1162 an Imperial Brief sanctioned a first form of protectorate on Piombino, which nevertheless managed to organize itself in the Municipality, develop its own institutions and expand its network of traffic, mainly consisting of sale of iron from the Island of Elba, grain from Maremma and salt produced just beyond the urban borders. Between the end of the 12th and the first half of the 13th century, Piombino became the second main port of the maritime republic.

THE BIRTH OF THE STATE

It was with the progressive crisis and decline of Pisa that Piombino began to define spaces of political and economic autonomy, which expanded during the fourteenth century until, in 1399, the dominion of the Appiani was inaugurated with Gherardo and the birth of the State, which survived (unique case in Italian history) for over four centuries: Lordship from 1507, it subsequently became Feudo Nobile (1509) and finally, in 1594, free and free Principality of the Holy Roman Empire. In addition to the Appiani family, the Ludovisi, Boncompagni and Baciocchi-Bonaparte families took turns leading it, through a very long period of great political and administrative transformations, wars and invasions, until 1815 when, with the Congress of Vienna, Piombino ended. its autonomous existence and flows into the Lorraine Grand Duchy of Tuscany.

THE APPIANI, THE RENAISSANCE AND LEONARDO

It is above all the domination of the Appiani that gives Piombino the face of a city of art and gives us that conspicuous patrimony of Cultural Heritage that currently constitutes one of the main directions of economic development. The architectural and artistic flowering of the Renaissance reached its maximum splendor during the fifteenth century: the construction of the Hospital of the Holy Trinity, the architectural complex of the Citadel and the Cloister at the Concattedrale di Sant’Antimo dates back to this period. by the Florentine architect and sculptor Andrea Guardi. The Rivellino fortress also belongs to this period, built in 1447 to defend the Porta a Terra (Torrione), on the occasion of the siege of Alfonso I of Aragon, king of Naples, who tried in vain to conquer the city. Recent research has also credited the presence of Leonardo Da Vinci in the city, through the urban projects that the great scientist conceived in the early sixteenth century for Cesare Borgia and Jacopo IV Appiani.

MILITARY ARCHITECTURE AND THE CASTLE

As in the past, Piombino continued to arouse the particular attention of Italian and foreign states, not only as a privileged position for controlling the Tuscan sea and maritime access to the peninsula, but also for the wealth of resources, first of all the exploitation of iron. : frequent were the sieges, attempts of occupation and external threats, which loomed over the small state. Also for this reason, during the sixteenth century, the city strengthened its defensive apparatus and its military architecture: the Medici Fortress dates back to 1553, built by order of the Duke of Tuscany Cosimo I De ‘Medici, on an extension project of the pre-existing fifteenth-century Cassero , by the architect Giovanni Camerini. The complex, which has since undergone further expansions and transformations, is known as the Castle and the subject of an ambitious restoration project (whose works are in progress) which will return it to collective use, as a “museum of itself. “and as the seat of a museum of the city and the territory being established.

THE EIGHTEENTH CENTURY AND THE MAREMMA

After the government of the Appiani ended, the Principality was “bought” by Niccolò Ludovisi, prince of Venosa, with whom the dominion of the dynasty was inaugurated which continued until the early eighteenth century and, in the following century, with the Boncompagni-Ludovisi family. The change that has taken place on the political scene does not bring particular impetus to the development of the small state and it is only towards the middle of the eighteenth century that, as in the rest of Europe, there is a reversal of trend, linked in particular to the expansion of maritime traffic and to population growth. These signs of awakening were however accompanied by a serious hydraulic failure of the countryside, resulting from a long process of decay which, which began in the early Middle Ages and intensified at the end of the sixteenth century, affected the whole of the Tuscan Maremma: thus, towards the end of the eighteenth century, the wide plain of the Principality was literally dotted with marshy areas, even very large ones, such as those of the “marsh” of Piombino, near the mouth of the Cornia, and of the “marsh” of Scarlino. Today, as evidence of that natural landscape, a corner forgotten by reclamation remains: the swamp of the Orti-Bottagone, WWF oasis, extended for about 100 hectares south of the mouth of the Cornia, a wildlife site of national interest due to the presence of numerous species like the Flamingo, the Stork, the European Heron, the Knight of Italy.

An authentic wave of renewal arrived at the beginning of the nineteenth century when, after the French conquest, Napoleon granted Piombino to his sister Elisa, wife of Felice Baciocchi. Popular tradition has greatly (and mostly unjustly) fabled about the character of “Baciocca”, while certainly the city owes this woman a decisive innovative impulse, imposed on the old political, administrative and fiscal order, which positively conditioned future social development. and cheap. Elisa’s commitment was also great in the field of public works: among these, the construction of the road called “della Principessa”, the coastal road with a tourist character that still today connects Piombino to San Vincenzo. Such was the profound awakening brought on the whole by the French season, that in those years the city took the nickname of “little Paris”.
NINETEENTH CENTURY: THE “AGE OF IRON” BEGINS
ith the sunset of the Napoleonic era, the independent State disappears, which in 1815 was annexed to the Grand Duchy of Tuscany: this does not, however, interrupt the general recovery process which experiences a slow but constant economic, demographic and construction growth, also facilitated by the countryside of rehabilitation of the Maremma launched in 1828 by Leopoldo II. Towards the end of the nineteenth century, the first large industries of Piombino were founded, the Società Anonima degli Alti Forni and Foundry of Piombino and La Magona d’Italia: the steel industry that characterized local development in the last century began, transforming the small seaside town in an industrial center. In a few decades, the very identity of Piombino was firmly linked to the processing of steel, which conditioned its economic, social and urban development. If the steel industry undoubtedly led Piombino to become a modern and thriving industrial city, on the other hand the iron and steel crisis that began in the Eighties “presented the bill”, highlighted the limits and risks of a rigid mono-culture.
THE BATTLE OF PIOMBINO
BACKGROUND
On 25 July 1943 the King dismissed and had Benito Mussolini arrested: it was the fall of fascism. But the war continued and throughout Italy, in the 45 days preceding the Armistice with the Allies, anti-fascist organizations rose again. In Piombino, a traditionally anti-Fascist city, the Anti-Fascist Concentration Committee was born, which gathered around itself all the forces tending towards the renewal of the political framework of the city and the restoration of trade union freedoms in the factory. On 8 September 1943, when the radio broadcasts the communiqué of the Head of Government, Marshal Badoglio, announcing the signing of the Armistice, even in Piombino, as in the rest of Italy, the news was greeted by the population with manifestations of joy for the end of the war. But the enthusiasm is destined to die out soon. Already during the following night, a German fleet at anchor in the port makes an attempt to military occupation of the city, taking the Semaphore battery. However, the immediate reaction persuades the attackers to withdraw and leave. The day of 9 September therefore passes in the growing concern of citizens, who fear a German attack, while the effects of the military demobilization and the defensive apparatus following the news of the Armistice are becoming more and more evident. The work of the Anti-Fascist Concentration Committee, the protagonist of the events of this period, fits into this climate of great uncertainty, which in the face of the tragic developments of the following day will lead the popular uprising and push the military commands to react.
THE PREPARATIONS OF THE BATTLE
At dawn on 10 September 1943, a German flotilla with two destroyers, under the orders of Commander Albrand, arrives in front of the port of Piombino, asking to dock to stock up on water and coal. The request, which hides the evident intention to invade and take possession of the city, is opposed by the commander of Marina Piombino Amedeo Capuano, but General De Vecchi, commander of the 215th Coastal Division, an old fascist, orders to authorize the landing. The news of what is happening in the port spreads rapidly, causing turmoil in the population and among the workers of the Ilva and Magona factories. The first protests of civilians are ignited, asking the authorities for the immediate removal of the German ships, without result. As the hours go by, the rebellion grows and begins to organize itself for the imminent clash, which the German commander is planning in the meantime: Albrand had in fact noticed the gravity of the riots that heralded a resistance to the invasion and was carefully preparing to launch the attack. Even in this phase, the role of the Committee proves to be important, not only in preparing civilians for battle, but also as a contact with the armed forces: precisely as a result of pressure on General Perni, an armored battalion is called to defend the city. not far away. Civilians and military organize the defenses at the Montecaselli, Salivoli and Falcone batteries. At the same time, the Germans prepare for the assault along three front lines: the conquest of the Semaphore post, the occupation of the port, the invasion along the road to the city.

The Municipality is an entity with legal personality under public law: from this status follows the right to the name, the coat of arms and the denomination of its villages and hamlets. The first elaboration of the Piombinese coat of arms dates back to the 11th century, when the city began to have its own urban, civil and legislative structure. The oldest pictorial representation, known so far, dates back to the 15th century and shows the silver (white) and red colors, typical of the Appiani family. The colors green and gold, currently in use, appear in the nineteenth century. The main element, contained in the form of a shield, depicts a fortified urban profile, with three towers and a church; on the sides there are two branches, one of laurel and the other of oak, joined at the base. The crown that surmounts the shield, formerly a symbol of the rank of Principality, obtained by Piombino with a diploma from Emperor Rudolph II on 7 February 1594, heraldically indicates the title of city, conferred by Royal Decree on 4 September 1927. the characteristic maritime city, located on the homonymous promontory. 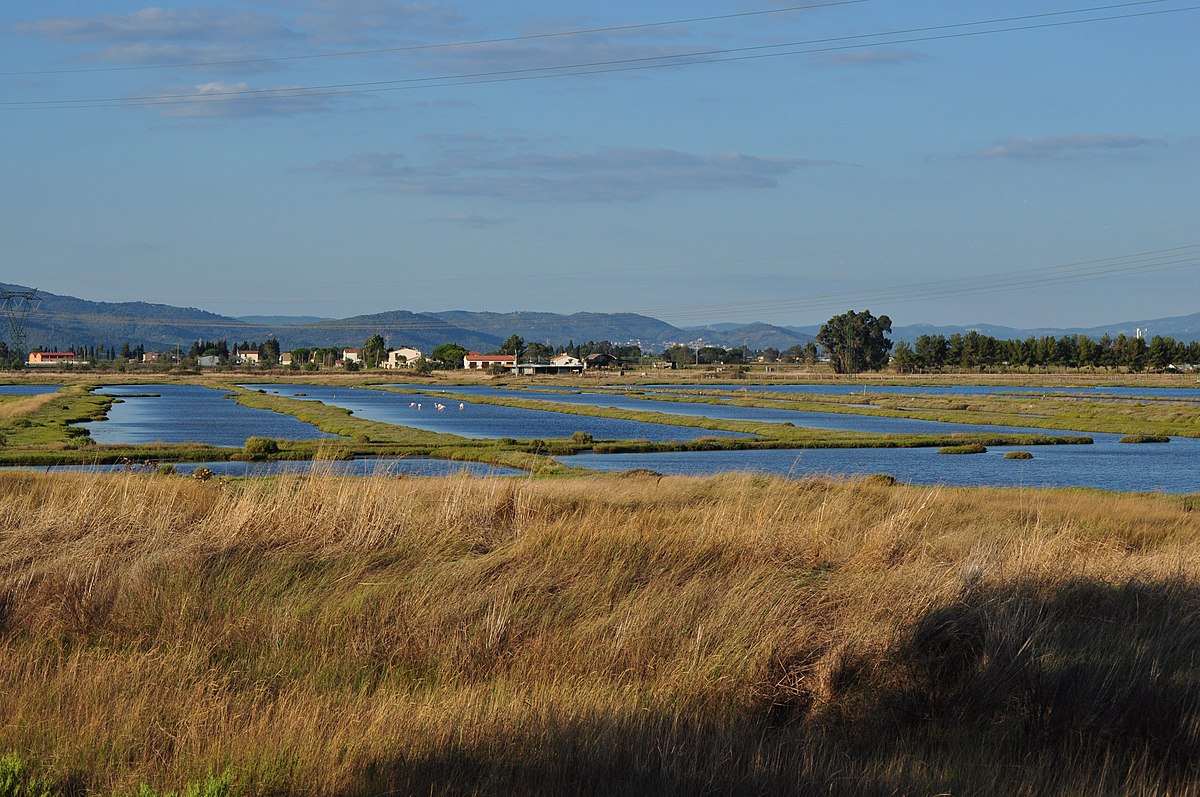 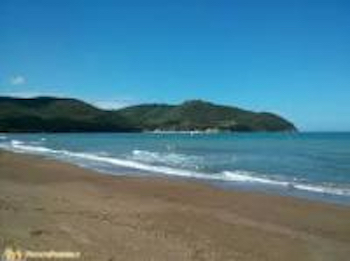 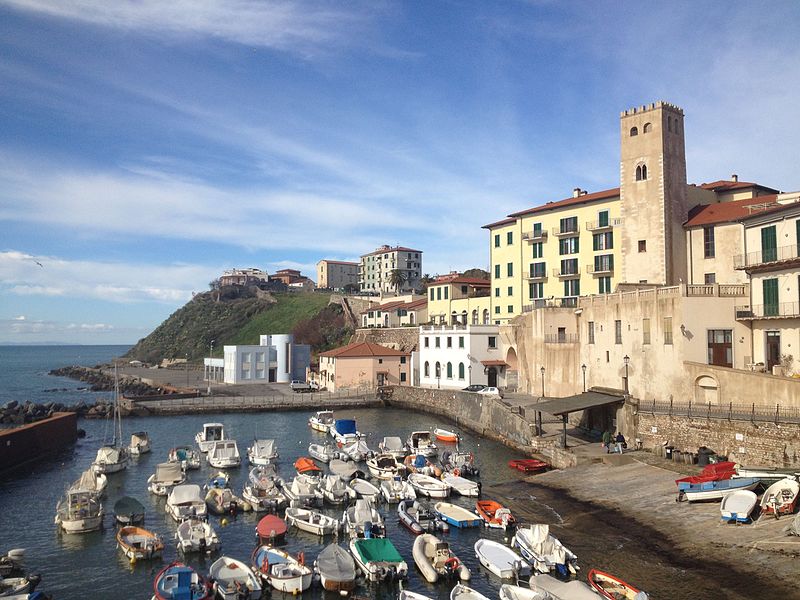 Piombino and its territory .Cultural and landscape excellence